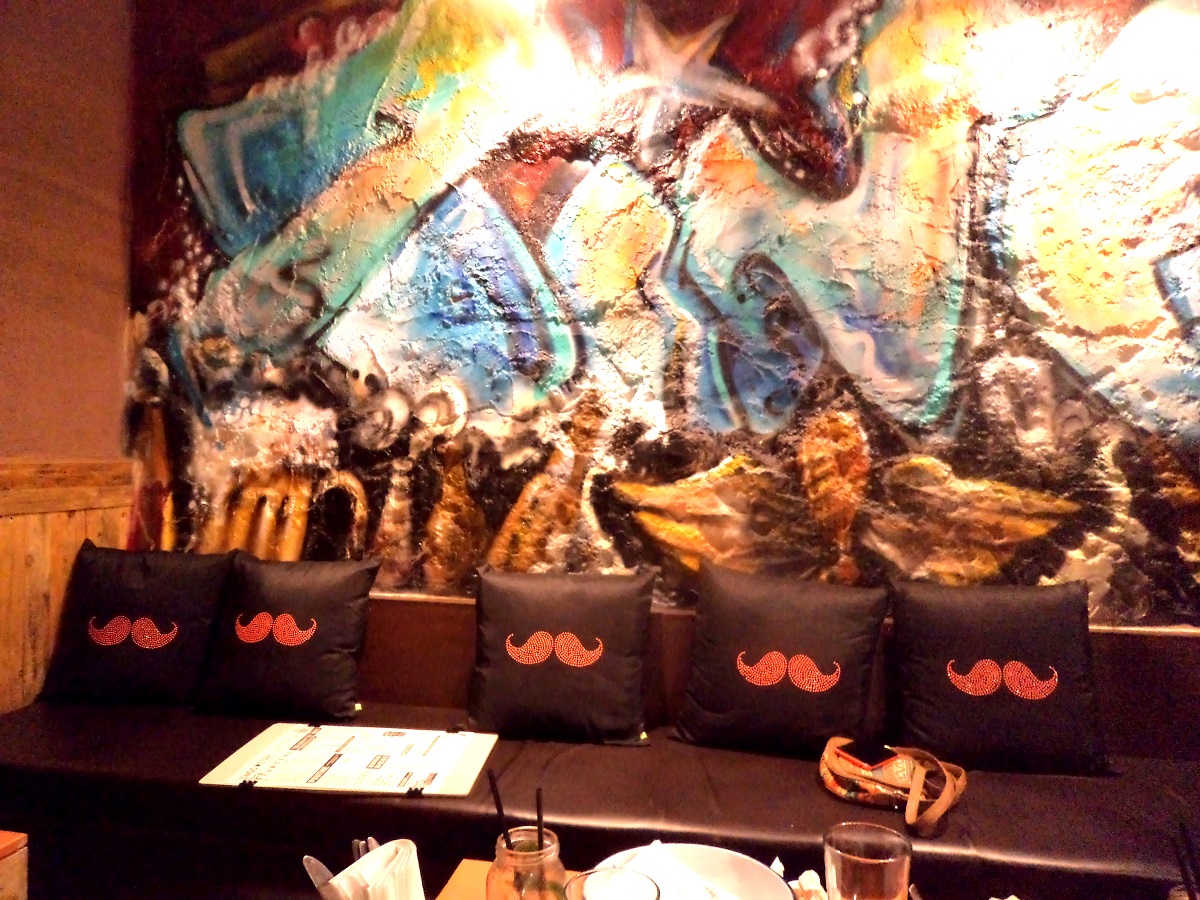 It was labour day a few days back and I took this opportunity to take out my team to lunch. We are a small close knit team and thus I like to keep their job interesting! Since we had the entire day to us, we went to Greater Kailash for some street shopping. Girls will be girls! I know a swear by Sarojini Nagar for budget street style but GK M-block market comes next. A bit pricier than Sarojini but still affordable. While we were in GK we decided to check out this new casual restaurant on the block called Zingo Star. Its in GK 2, M Block and as the name suggests, very casual and laid back.

After that we moved to their specialty i.e the chicken wings. They come with a lot of sauces. We tried them with Chipotle Barbeque Sauce, Spicy Garlic Sauce and Ass Blaster. Ass Blaster was the spiciest of them all and we had a fun time daring each other to eat those! I recommend you to try the Hot Hot Hot options. After that we moved to burgers and because we couldn’t makeup our mind, we again decided to go with The Super Cool Slider Sampler which includes 6 mini burgers from both veg and non-veg options. Perfect for times when you want to eat everything! The buns were freshly made in-house and were quite soft to eat. Infact they were more live pavs than typical burger buns.

Italian cuisine is my favourite and most of times my dining choice depends on who serves the best pasta in town! So we ordered Arabiata creamy sauce pasta and it was a delight. I wish I could say the same for the garlic bread that came with it. We were almost full but the chef suggested us to try their pizza so we ordered one Veg pizza. We all shared one slice each. I guess I ate too much! The pizza was well prepared, very rich and soft.

To finish off, we quickly ordered 2 desserts: Zingo Star Hot Chocolate Fudge and Hot Chocolate Brownie. All the chocolate lovers will love their desserts menu. I do hope they add some cheesecakes soon.

The head chef Sushant is quite friendly and makes note of your special requests. Its a great place to hang out with friends since the pricing is very budget friendly. The whole ambiance with mason jars, wooden decor, clip board menus and cheeky sofas has this throw back touch which I dig. Highly recommend the mocktails, hot wings, veg pizza and creamy cheese pasta. ASUS Zenfone3sMax: What Makes It the Best Valentine’s Day Gift

Who Moved My Phone?

Too Vogue For You